Today we have the pleasure of interviewing Bobby Bass, both a client and a friend, on the Mediaura Digital Marketing Podcast. Bobby is the owner of Southern Hospitality, a restaurant group that owns several concepts in Southern Indiana, and also Bass Group Real Estate. Full disclosure, we also use Bobby to market our commercial properties for lease. He’s a great guy and as you can hear from his story, while it hasn’t always been easy and not every concept is a success, his drive and work ethic have helped him create several successful businesses. One topic of interest for us here at Mediaura is when/why does a business owner turn to an agency like Mediaura to help with a new concept when they have qualified and capable team members on staff that can do similar work? The answer may surprise you.

We hope you enjoy this episode!

A full transcript of this episode is below.

Episode 4:  Mediaura CEO Andrew Aebersold is joined by Bobby Bass, owner of Bass Group Real Estate and Southern Hospitality (a business that’s launched and runs several local restaurants).  We discuss how Bobby decided to launch multiple businesses.  We’ll talk about some of the challenges he’s encountered and resolved along the way.

Bobby didn’t originally plan to run a business.  He was an athlete who wanted a career in baseball.  It took a while to figure out what he actually wanted to do, after baseball.  He recalls the moment he first heard Robert Kiyosaki, author of Rich Dad, Poor Dad.  That was the genesis of his thoughts about business.

Bobby knew he needed to generate income.  He and his new wife decided to get very creative in the ways they made a living.  It’s a story many entrepreneurs will understand.  He learned a lot of valuable lessons along the way.  Some of the best lessons were learned through making mistakes and failing.  Those experiences added important perspective that have helped him to overcome challenges, especially in the restaurant industry.

Southern Hospitality is a group of restaurants that evolved over time.  In 2017, he and his wife launched Mesa, a collaborative space featuring local chefs who give demonstrations and teach dinner classes.  This lead to an interest in developing a cooking school for kids called Mesa Kids.  Another concept they developed is Union Restaurant and Gameyard.  They have launched several other restaurants since then.

Outsourcing Branding to a Digital Agency

Bobby and Andrew discuss the decision to bring in Mediaura to help with the digital branding for Union.  This was an interesting decision because Southern Hospitality already had an internal marketing resource.

Mediaura took on the challenge of developing the name and logo, as well as the website for the restaurant.  Andrew comments that the creation process involved understanding the overall image of Southern Hospitality and then launching a branding effort unique to the restaurant itself.

The rate of growth for Southern Hospitality surprised Bobby.  They launched 6 businesses in 2 years.  Some of his other restaurants include 1816, Fresco Tea Bar and Bocce Bowl.

As an owner, he needed to understand how to best utilize the talent and resources available both internally, as well as locally.  Part of that realization lead to the decision to engage with Mediaura.  Andrew and his team are experienced in helping businesses to define an image and enabling them to speak to the right audience.

Mesa Kids – A Calling from Bobby’s Past

Mesa Kids is the cooking school Bobby created, but it’s much more than that.  There’s a ministry aspect that Bobby relates based on his own childhood experiences.  He remembers wounds he received as a child and it compels him to help others who may be going through their own challenging experiences.

Teaching kids how to cook is a skill schools don’t teach today.  Again, it’s more than that.  It also teaches self-sufficiency and life skills.

Bobby explains how they almost leased space from Oxmoor Mall, but never finalized the deal.  About that time, the COVID pandemic hit and the resulting impact to small businesses would have crushed Mesa Kids.  Bobby credits the prayer and trust he and his wife place in God as the reason they ultimately settled on a different location and continue to thrive today.

Failure is an Opportunity to Learn

During our conversation, Bobby comments that his biggest learnings actually came from failures, not successes.  This perspective imparts a distinct confidence in his approach to business and to life.

Andrew adds that successful people find a way to make it through failures, learn from the experiences and then keep going.  Growing and learning is a key differentiator.

Remembering to stay humble is another way Bobby approaches life.  He focuses on doing the work and dealing with the issues, rather than always looking for the spotlight.

The restaurant industry struggled to cope with COVID, government restrictions and running the business.  Bobby relates it to competing in a UFC match.  It was bloody and there were some dazed moments, but you had to keep going.  Failing simply wasn’t an option.

Bobby was forced to shut down one of his restaurant ventures.  It had only been open about a month before the shutdown.  It was a victim of bad timing.  The restaurant never had a chance to establish itself.

While the emotional challenges have been difficult, Bobby explains it’s the ongoing labor shortage that’s been the most frustrating.  The team was able to pivot and get creative, but as the market begins to recover and grow, the low staffing has remained a major issue.

As an entrepreneur, Bobby has a number of other ideas he’d like to pursue.  Again, it’s a matter of dealing with the staffing question that keeps him from moving as quickly as he’d like.  This effect has changed the way he evaluates the opportunities.  It changes the type of product and service he wants to offer in the future.

The Importance of Keeping It Local

Bobby really didn’t think about this, until he became a business owner.  Now, it’s always on his mind.  But at the same time, it’s still about executing on the product or service that gives your local audience a reason to want to “keep it local.”  You have to offer something unique from the larger alternatives.  It’s why people come back for what you offer.  Make sure it’s a good experience.

Mediaura also competes against larger regional and national players.  There’s also the option of handling your digital marketing internally.  Andrew sees an advantage in how Mediaura creates unique content for the website and other channels it develops for clients.  Crafting compelling messaging is not something everyone can just do.

We’d like to thank Bobby Bass for taking time to join us for this episode.

Thanks for listening to this episode of the Mediaura Digital Marketing Podcast.  We encourage you to SUBSCRIBE so you don’t miss future episodes.

At Mediaura, We Believe in You. 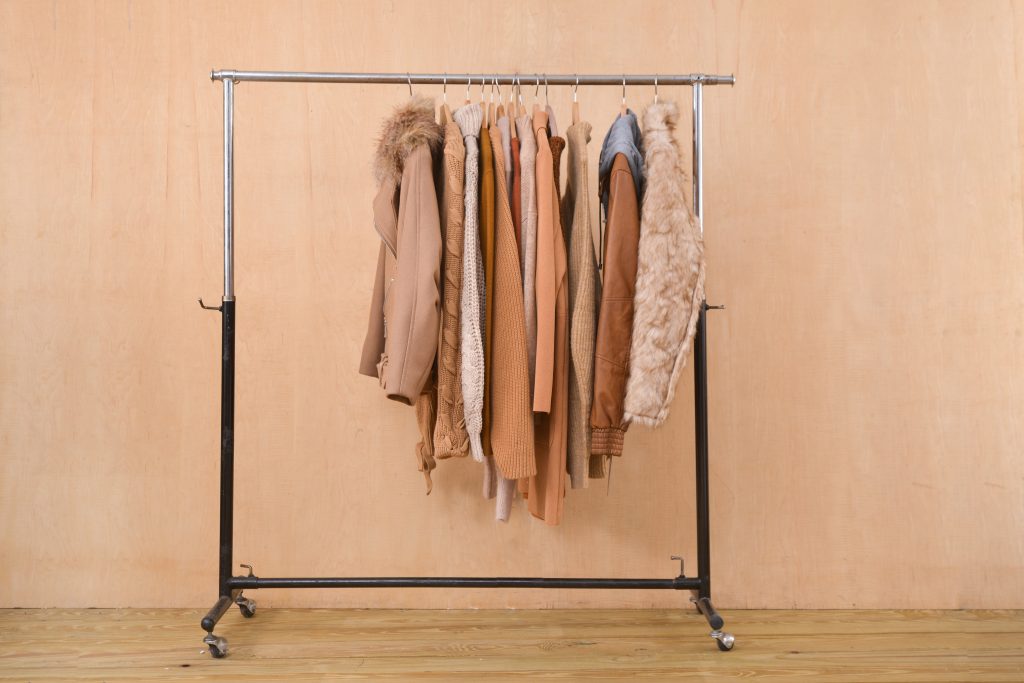 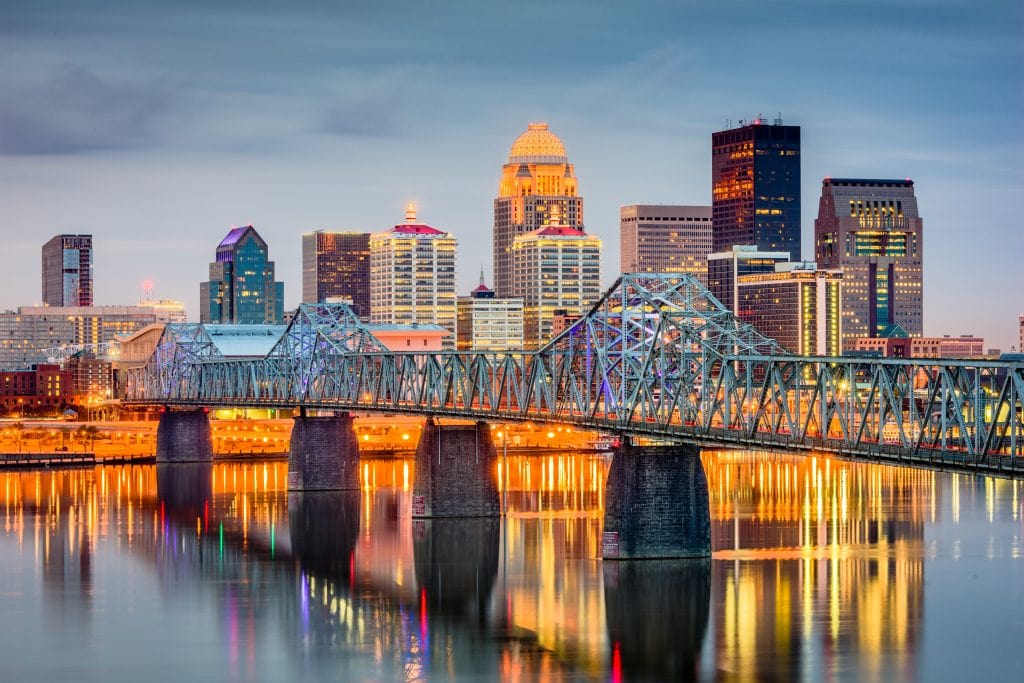